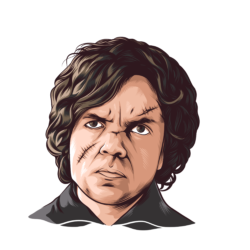 Peter Dinklage hated it when people became cautious and considerate of him because he is a dwarf. This man deserves the same treatment people in his circle do towards one another. Dinklage is an example of a “small but terrible” person who dominates the film industry with his exceptional acting talent, winning the Primetime Emmy Award for Outstanding Supporting Actor in a Drama Series for portraying Tyrion Lannister on the HBO television series Game of Thrones.

Every time we deal with an enemy, we create two more.

You'd be surprised how condescending people can be.

Women on the whole are often not as shallow as men are. They can be, but they cut through things a little more easily than men do in terms of that superficial stuff.

Women respond to comfort and a sense of humor. I was always able to make them laugh, so that helps a lot.

There are wars being fought! Who cares what I'm doing on a Saturday night? I'm not even a celebrity.

When people are infected by my charm, they don't see my size. My piercing deep blue eyes are distracting.

Animals used for food are treated like unfeeling machinery.

We, as Americans, at least - I mean, I love my country - but we're so self-righteous sometimes, in terms of, like, our nationality, our country. But we're people from somewhere else; the true 'Americans' are the original peoples. It's funny, but we're a very territorial species.

We're not environmentally doing very good things to this planet, and we might not be around too long.

I am this guy who's four and a half feet tall, but my life doesn't constantly address it.

I don't like people being cautious and tentative and choosing their words carefully around me because I'm a dwarf.

A wise man once said that you should never believe a thing simply because you want to believe it.

Perhaps that is the secret. It is not what we do, so much as why we do it.

A wise man once said the true history of the world is a history of great conversations in elegant rooms.

I like animals, all animals. I wouldn't hurt a cat or a dog - or a chicken or a cow. And I wouldn't ask someone else to hurt them for me. That's why I'm a vegetarian.

Death is so final, yet life is full of possibilities.

Never forget what you are, the rest of the world will not. Wear it like armor and it can never be used to hurt you.

I have a need to always make people laugh. I have a desperate need. I love a great sense of humor. The people I sort of surround myself with have that.

I think 'No' is a very powerful word in our business that is very hard to use early on in your career. But I also think I was pretty arrogant when I was younger... I used that word maybe too much, but it did help me with finding roles that I did like.

Maybe everyone is a little too reassuring that things are going to be OK to college graduates. It gives them a false sort of security.

I think if actors are successful at one thing, they paint themselves into a corner sometimes, and what's the fun in that?

Bad guys are complicated characters. It's always fun to play them. You get away with a lot more. You don't have a heroic code you have to live by.

I spend my nights just sitting and reading a book and drinking my tea and walking my dog. That's about as exciting as my life gets.

I don't socialize. I'm kind of a hermit. The life of an actor can be very lonely.