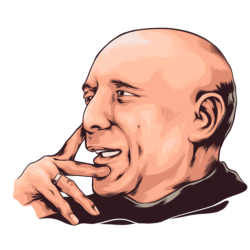 Malaga, Spain had produced an artist who was known throughout the world for his paintings, drawings, engravings, sculptures, and ceramics. The name was Pablo Picasso, a son of a professor of drawing who had molded him in academic art. Picasso had his first art exhibit by the age of 13, and later on, quit school so he could explore more with modern art styles. Some of Pablo Picasso’s famous arts were: The Old Guitarist, Les Demoiselles d’Avignon, The Three Musicians.

Action is the foundational key to all success.

There is no abstract art. You must always start with something. Afterward you can remove all traces of reality.

One does a whole painting for one peach and people think just the opposite - that particular peach is but a detail.

There are painters who transform the sun to a yellow spot, but there are others who with the help of their art and their intelligence, transform a yellow spot into sun.

There are only two types of women - goddesses and doormats.

The world today doesn't make sense, so why should I paint pictures that do?

The people who make art their business are mostly imposters.

The older you get the stronger the wind gets - and it's always in your face.

The hidden harmony is better than the obvious.

The chief enemy of creativity is 'good' sense.

The artist is a receptacle for emotions that come from all over the place: from the sky, from the earth, from a scrap of paper, from a passing shape, from a spider's web.

Sex and art are the same thing.

Sculpture is the best comment that a painter can make on painting.

Painting is stronger than me, it makes me do it's bidding.

Painting is just another way of keeping a diary.

Painting is a blind man's profession. He paints not what he sees, but what he feels, what he tells himself about what he has seen.

Our goals can only be reached through a vehicle of a plan, in which we must fervently believe, and upon which we must vigorously act. There is no other route to success.

Only put off until tomorrow what you are willing to die having left undone.

One must act in painting as in life, directly.

You mustn't always believe what I say. Questions tempt you to tell lies, particularly when there is no answer.

What one does is what counts. Not what one had the intention of doing.

Fear is not real. The only place that fear can exist is in our thoughts of the future. It is a product of our imagination, causing us to fear things that do not at present and may not ever exist. That is near insanity. Do not misunderstand me danger is very real but fear is a choice.