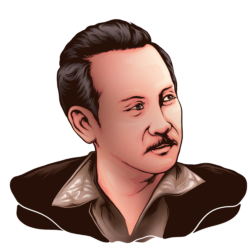 Rob Schneider is an American actor, comedian and screenwriter. He started his career as a stand-up comic while still in high school, eventually winning a slot on HBO's 13th Annual Young Comedians special, which then led to his position as a writer for the popular NBC comedy series – Saturday Night Live. He swiftly progressed from a writer to featured player and then finally to a full cast member, making regular appearances on the show. He has appeared in many movies over the years, mostly playing a comic role, which have gone on to do really well in the box office, including Deuce Bigalow, The Hot Chick, The Bench Warmers and Grown Ups, amongst others.

I try not to have too much of an ego. I'll do anything.

Women always feel like they're being stared at and judged, and rightfully so.

Without a way to legally enforce these guidelines under law, it's a good bet that the drug industry will continue giving short shrift to side effects and safety concerns in its advertising. Congress needs to act to ensure consumers and doctors know about all the potential safety problems with a drug, and not just the pretty picture industry wants to paint.

We had to kind of reinvent it, ... Saturday Night Live.

Studio people are idiots. Until they see someone else doing it and make a success of it, they don't open their minds. Most of them are idiots.

Sharks are like dogs. They only bite when you touch their private parts.

People don't ask Andre Agassi, 'You know you're the No. 1 tennis player in the world ... have you thought about polo?'

Much of what the industry is proposing is already law, such as producing ads that aren't misleading. What we clearly need is more authority and resources to ensure that all marketing, not just the amount spent on direct-to-consumer advertising, is honest and accurate.

In theory, drug ads could provide some important information to consumers. But as a practical matter, that's not what they do. They promote new drugs. They promote more expensive brand name drugs.

I want to make films that make people laugh hard, and I am not afraid to walk away from this business tomorrow.

I try not to worry about what that's going to look like. If you worry about looking stupid, that's when you look really stupid.

A woman can laugh and cry in three seconds and it's not weird. But if a man does it, it's very disturbing. The way I'd describe it is like this: I have been allowed inside the house of womanhood, but I feel that they wouldn't let me in any of the interesting rooms.

I think movie is so relentless and so out there that I think we might even get some decent reviews finally. Who knows? I'm always an optimist.

I mean, 'Ocean's Twelve' went there for a week and pissed off everyone. They were shooting in windows and people would call the police, but the police would go, 'Oh, George Clooney, can I have a picture?'

I lost that excitement I had when I first started out. It was all about the need to just get a job, and so I found the joy again when I was writing Deuce Bigelow. I was laughing so hard and along with my writing partner at the time, simply laughing until we cried.

I like to sneak in under the radar. I don't have any paparazzi following me or have to deal with that stuff. I'm never in the tabloids. I prefer that.

I kind of realized early on I was playing him. That was a big responsibility for me.

I just think that beautiful people don't have it as hard, you know? They just don't know what rejection's like. That's why super models aren't good actresses, because they don't need anything. If someone is beautiful and she's needy, she's probably had a terrible childhood.

I have been on the edge of a cliff for a while,

I have a tendency to want to act goofy.

I don't make movies for critics, but he irks me.