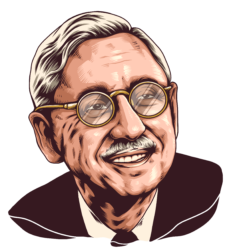 Will James Durant was an American writer, historian, and philosopher who earned public attention for his work The Story of Civilization with 11 volumes written along with his wife as co-collaborator. His writing career flourished from the publication of Philosophy and the Social Problem in 1917. For almost a decade, he published his second book, "The Story of Philosophy" which made a big hit to the readers with more than two million copies sold and translated into several languages.

As soon as liberty is complete it dies in anarchy.

The time when you need to do something is when no one else is willing to do it, when people are saying it can't be done.

Rome remained great as long as she had enemies who forced her to unity, vision, and heroism. When she had overcome them all she flourished for a moment and then began to die.

I have tried to be impartial, though I know that a man's past always colors his views, and that nothing else is so irritating as impartiality.

Truth always originates in a minority of one, and every custom begins as a broken precedent.

The past is not dead. Indeed, it is often not even past.

Never put a man in the wrong. He will hold it against you forever.

Inquiry is fatal to certainty.

Continue to express your dissent and your needs, but remember to remain civilized, for you will sorely miss civilization if it is sacrified in the turbulence of change.

To give life a meaning, one must have a purpose larger than self.

History is mostly guessing; the rest is prejudice.

Never mind your happiness; do your duty.

If our economy of freedom fails to distribute wealth as ably as it has created it, the road to dictatorship will be open to any man who can persuasively promise security to all.

Time sanctifies everything; even the most arrant theft in the hands of the robber's grandchildren becomes sacred and inviolable property.

The love we have in our youth is superficial compared to the love that an old man has for his old wife.

I am not against hasty marriages, where a mutual flame is fanned by an adequate income.

In the last analysis civilization is based upon the food supply.

The most interesting thing in the world is another human being who wonders, suffers and raises the questions that have bothered him to the last day of his life, knowing he will never get the answers.

The finger that turns the dial rules the air.

Nature has never read the Declaration of Independence. It continues to make us unequal.

Knowledge is power but only wisdom is liberty.

It came to me that reform should begin at home, and since that day I have not had time to remake the world.