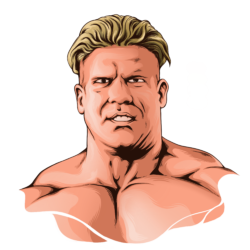 Jay Cutler is a former American football quarterback from Indiana who made it to the National Football League for 12 seasons with the Chicago Bears. Before he reached the football player stardom, he started off as a college varsity at Vanderbilt University. He was by then drafter by Denver Broncos and played in the first round of the 2006 NFL Draft. He played three seasons with the Broncos before joining in the Chicago Bears team. Prior to his retirement as a player, Cutler had signed contract with the Miami Dolphins and had played the NFL 2017 Season.

Without self-discipline, success is impossible, PERIOD.

Set your goals high, and don’t stop till you get there.

Surround yourself with people who dream BIGGER than you do.

You get to a point in your career, I think, it's not even about money. You're secure. You want to win Super Bowls.

Don't quit, suffer now and live the rest of your life as a champion.

You learn from mistakes, I’ve failed at so many things and that’s how I’ve become successful, because I know the mistakes, and you have to make those mistakes before you learn.

It’s consistency. Stay with it. You have to do this day in, day out. It becomes a lifestyle.

I stuck with the basics of training.

Pain is temporary, pride is forever.

I want to be on a successful team, and I know that paying one or two or three players premium hurts your chances of being able to bring in extra talent.

About the mentality of a body builder, something has to be triggered inside of you, you can’t be normal. You have to have that satisfaction of never being satisfied.

Yeah, we may stumble, but we always land higher and get where we need to be.

I’m always going to weight train, but not to that extreme.

Because I don't produce insulin, I have to put insulin into my body, which means that I have a pen with a needle on it. I have it with me. You have to stick it in your thigh, or your arm - a lot of different spots you can put it.

You can never teach anyone training advice.

Stress seems to be the biggest factor in training for a competition, you can’t have a lot on your plate and focus 100%. So you have to have everything spaced out perfectly.

Competition or no competition – still busting my butt every damn day.

You eat as many vegetables as you can, and try to cut your carbs and your sugar. That's going to make the job of being a diabetic so much easier.

If you’re going to do something. You’re gonna do it all the way.

Diabetes is all about insulin levels and sugar levels and what you put in your body.

It's hard enough as a kid these days to feel normal and just try to fit in. To be a diabetic is just a dramatic thing to go through.

The biggest achievement that I never expected was to give the motivation to a lot of people, when I was just trying to be motivated myself to go to the gym.